‘Blessed are the poor in spirit: for theirs is the kingdom of heaven’. John King is chanting a verse from Matthew 5. His words disappear into the drone of a dozen boys and men, as the prisoners mumble their lines, heads bent over passages copied for them in the teacher’s careful letters. Now, Miss Martin brings the lesson to a close. John King knows what comes next. It’s three weeks since the farmer collared him in the hayloft with William Tunmore and hauled them in front of the magistrates as rogues and vagabonds, suspected of thieving. He must wait his turn to repeat his lines before the teacher quizzes him on their meaning and explains how they apply to his sinful life.

The words tumble out of John King’s mouth before he can check them: ‘I am not here for any thing that is a disgrace.’ Miss Martin catches her breath: ‘What? not a disgrace to be committed to a prison?’ He stumbles, ‘But I was only in a hay loft.’ ‘And what for?’ she retorts, ‘That hay loft has of late been a thief’s house. Who but thieves go there?’ He looks at her, pleadingly: ‘I was only lying there.’ ‘What right had you to enter another man’s hay loft? Would an honest man have done it?’ Still John King sticks to his story: ‘I did nothing.’ The teacher will not relent, bombarding him with questions until he acknowledges defeat: ‘What good would it do you if you could possibly deceive me? Even then would not God know what you are? And would you not know yourself to be what you are?’ At last, as she notes later in her journal, ‘He looked disconcerted and agreed to this – He was in the prison before.[1]

Is this how the encounter went? Perhaps John King spent three weeks drumming up courage to confront his fearsome teacher and now, sick of her moralising, asserts his wrongful imprisonment: ‘I am not here for any thing that is a disgrace’, he snaps. With each accusation he becomes more insistent – ‘I did nothing’ – but he knows she must have the last word, so shrugs his shoulders, bites his tongue and resigns himself to her hectoring.

Historians are not supposed to dramatise. We scrutinise our sources, searching for tell-tale give-aways, teasing out silences and contradictions. ‘Speculation, inference, guesswork, assumption – the might-have-been and the must-have-been – these are the stock-in-trade of historians of all stripes’, writes Matt Houlbrook.[2] But ‘might-have-beens’ and ‘must-have-beens’ and the intrusive voice of the knowing historian can get in the way of the story and all too easily slip into ‘should have beens’.[3] Is it possible to write history in a less didactic fashion? To take time over stories, allowing them to unfurl along different lines, with various endings and meanings?

A reviewer once complained I take the prison visitor’s words at face value and should ‘read between the lines’. With no official position in the gaol, Sarah Martin is just the Christian visitor. She only has the authority of God’s Word, and what she can do to persuade and cajole her students into accepting its grace. ‘Her Books’, where she sometimes writes in front of the prisoners, lend her power; they know she shows them to the Governor. The Books are a useful reminder, too, of misdemeanours and broken promises – ‘He was in the prison before’ – which the teacher refers to when assessing her students’ characters. But her journals are not only ‘a technique of power’, as some historians might put it.[4] Writing down each day’s events is, for Sarah Martin, a means of reassurance, of smoothing over doubts about the results of her intervention and the value of her expertise. They tell us about her need to save sinners, her fears she may not succeed, and terror she too may fall from grace.

In her journal, Sarah Martin always wins the argument, always puts the prisoners in their place. But I do not have to give her the last word.

They hold their breath, trying not to catch each other’s eyes as they listen to her steps treading quietly down the corridor. The gate clanks behind her and they burst out laughing, crowding around the lad, pushing and shoving, hooting and guffawing: ‘I did nothing, Miss Martin!’ ‘I was only lying there!’ Red in the face and tussled, John King beams from ear to ear.

John King’s voice is captured only sparingly in the teacher’s journals and in the records accumulated on him in the penal archives. To read between the lines of these one-sided accounts – when he was always under interrogation – to imagine how he may have felt and reacted, I have to draw on other traces of his life. John King made his mark in his actions and his relationships with family and friends, like seventeen-years old William Tunmore with whom he was arrested. Out of these traces I can hint at the character he might have been as I plot his course through the prison system.

Before the showdown with his teacher, John King had shown no inclination to learn and had not managed even the alphabet.[5] In the coming weeks, when other cellmates complained over the injustice of their confinement and being forced to study the Bible, he kept his head down. Within a fortnight he could read words of three letters.[6] By the end of his three months sentence, Sarah Martin was cautious of his change in character, despite the improvement in his learning and conduct: ‘Former character and habits low – temper good – Always wears a silly smile. very ignorant – willing and desirous of being instructed and diligent but fails from want of capacity. capable of great deceit.’[7] Before their discharge, John King and his cellmates asked for copies of the scriptural lines they had learned so they might show them to their friends outside the gaol.[8]

And so, in February 1840, John King walks out of the prison gate, smiling. Tucked in his pocket is a small book, covered in brown paper, containing a few religious verses, written out for him in the prison visitor’s hand.

Sarah Martin will meet John King again but we will not hear his voice until he is interrogated on his arrival, aged twenty, as a convict in Van Diemen’s Land in 1842. 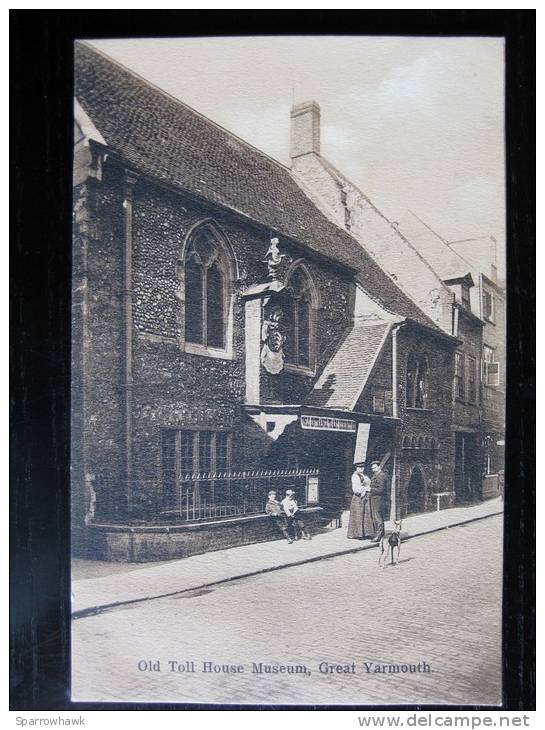 This is the first blog post on John King. The following posts will explore more about his life and what made him smile by using what he told the convict authorities and the tattoos etched on his body. John King’s story frames an academic essay I have written on convict lives and testimony where I examine the experiences of young male offenders in the 1830s and 1840s. You can read the article ‘A Very Fair Statement of His Past Life’: Transported Convicts, Former Lives and Previous Offences’ at the Open Library of Humanities.

[3] Some of these issues were aired by the online reading group Storying the Past in our discussion of HHhH by Laurent Binet. See the storify edited by Will Pooley https://storify.com/willpooley/storypast1, 7 Oct 2015.

3 thoughts on “Reading between the Lines”